My name is Matt Shirley and I work as a Data Scientist in Oncology Bioinformatics at Novartis Institutes for BioMedical Research. 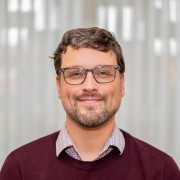 Note that I'm no longer using this method as of 09/12/14, and would probably do this in Python using boto if I implemented it again.

In a previous post I played around with Amazon Glacier, using a tool called glacierFreezer. Since then, I've wanted to automate backups of my Time Machine archives, as well as my photos and home directories. Looking around for more current Glacier interfaces I noticed a project called glacier-cmd which looks promising. The core utilities are written in Python, and provide means to upload, download, and query Glacier vaults.

After we install glacier-cmd, let's start creating our backup script to upload files located in a certain directory, as well as check that we don't have too many copies of those files stored already on Glacier. We should keep the last three months of Glacier archives, since deletion prior to three months results in a pro-rated charge. First we need to create a SimpleDB domain to store the glacier-cmd cache:

Now let's start our script. We want a wrapper script that passes all of our AWS information, as well as some information about logging and AWS region. We'll set SimpleDB domain we created so we can have a cached inventory of our vaults and their contents. We'll want a function that creates a new vault (based on the date and name of the backup set) and uploads some data to it. I've written two methods: (1) Using tar and (2) using zfs send. Both methods compress the backup using bzip2, although the zfs method uses a more advanced "snapshot" of the filesystem which will accurately reflect the state of the backup set even if data are added or removed during our upload. We will also want a function that cleans up backup sets. I've hard-coded this to a value of 3 months old backup sets, since Glacier expects that data will reside for this minimum period.

We can set up two cron jobs for the beginning of every month to upload and cleanup a set of ZFS filesystem backups: